Ghost Bats have grey fur on their backs and pale grey to white underneath. They have long, narrow wings, no tail, large ears joining overhead and a protruding nose leaf.

Australia’s only carnivorous bat feeding soon after sunset. May live in small groups or colonies in the 100’s. Sexes separate after mating has occurred.

Mating occurs from April-August, a single offspring born 3 months later which feeds from a nipple in mum’s armpit. It stays with mum for the first 4 weeks then is left in a nursery cave until it can fly at 7 weeks.

They roost in caves, fissures and mines in areas in or close to rainforest and woodland. 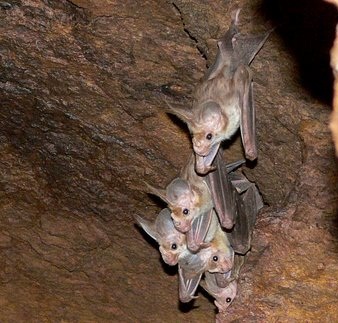 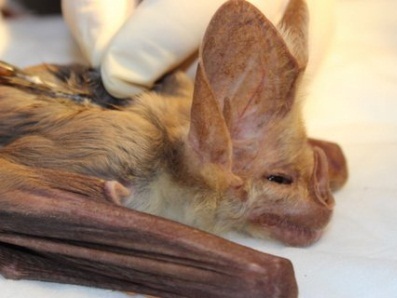 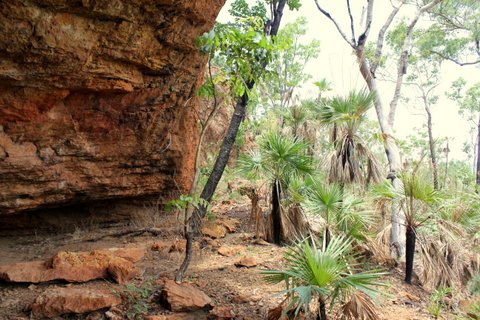 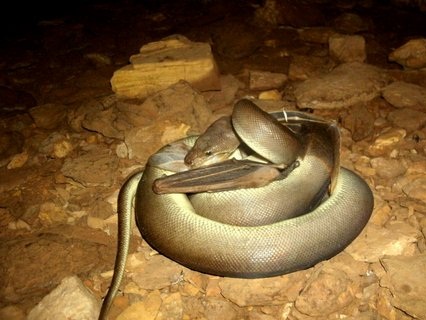