Unmistakable, a wide snout and broad body compared to most crocodiles with powerful tails.

It is the largest of all living reptiles, as well as the largest terrestrial and riparian predator in the world. Diet ranges from fish to buffalo; including people.

Females lay 40 to 60 eggs between November and March in large aquatic nests. Temperature determines sex of offspring (low=female high=male). Approximately 1% of the hatchlings survive to adulthood.

May be found in any water body in northern Australia including fresh and salt water. Range from Broome in Western Australia, through the Northern Territory to Rockhampton QLD. 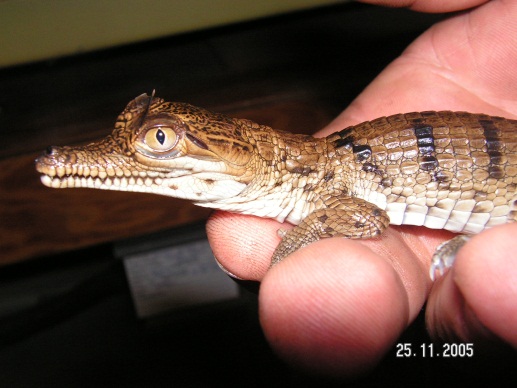