While the Territory Wildlife Park was officially opened on 28 September 1989, the history of the Park started quite a few years earlier…

The Berry Springs area was chosen as the site for the Territory Wildlife Park as it had a diversity of vegetation that had been untouched by Cyclone Tracey and had an abundance of good water. It was intended, initially at least, to display only animals native or feral to the Northern Territory.

Construction began three years before opening. The first year was spent establishing many kilometers of underground water, power and phone services, and then the ten kilometer fence which encloses the 400 hectare Park.

During the second year, the buildings which service the Park and animals were built. Collectively grouped in the service area, these are not visible to the Park visitors. Construction of the exhibits commenced in the third year.

The Territory is blessed with a richness and diversity of wildlife. The harshness of the climate prevents many native animals being seen and appreciated, hence the need to develop exhibits such as the Nocturnal House. One of the major problems when establishing the Territory Wildlife Park was deciding which animals would be displayed out of the vast number of species possible. Many of the animals displayed over the Territory Wildlife Park’s history have never been seen in parks or zoos before. 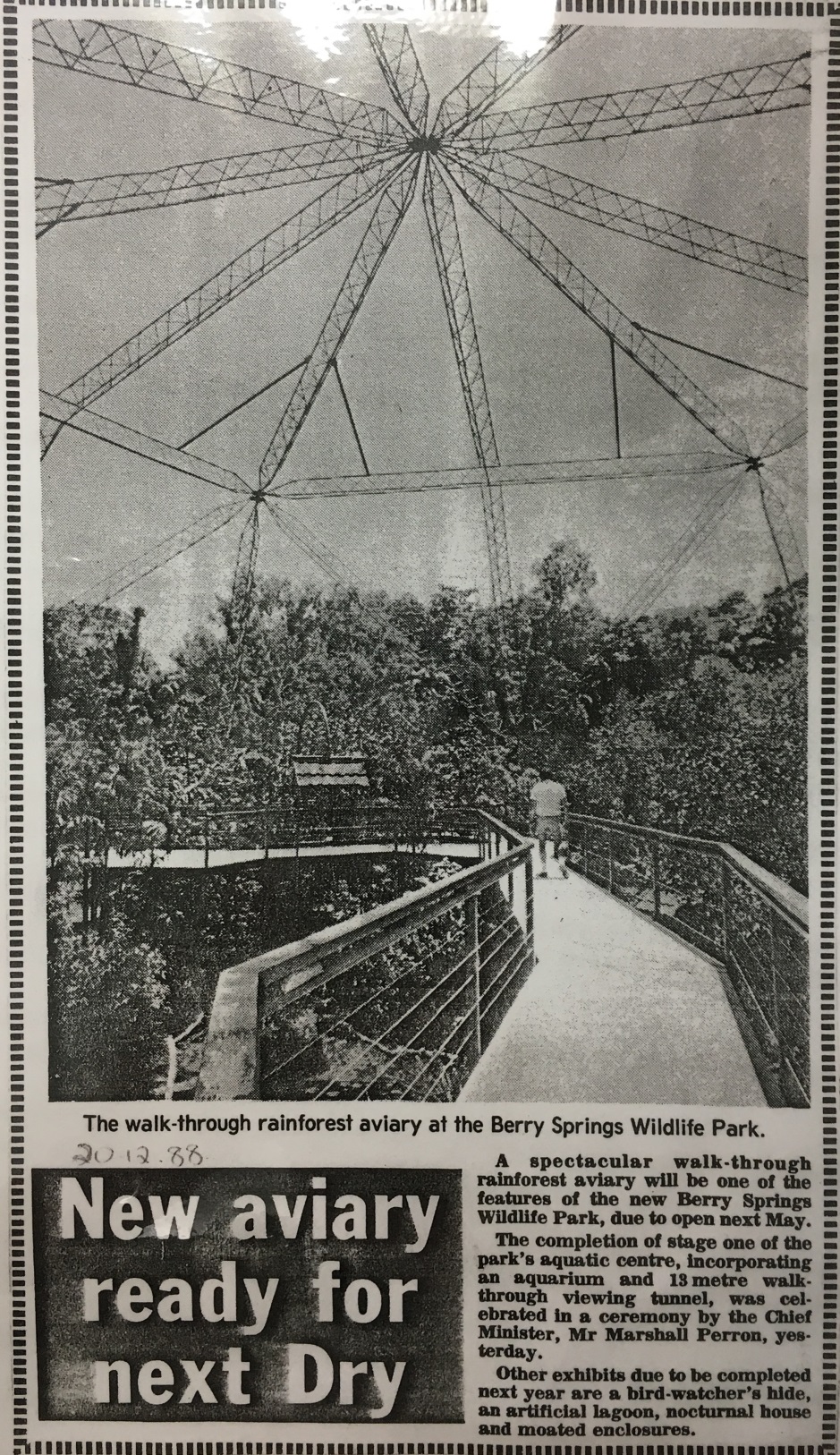